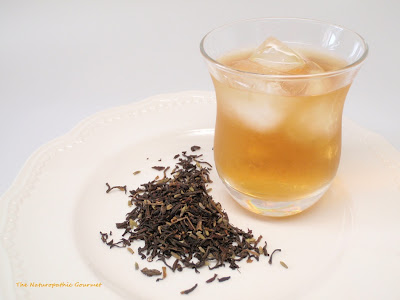 I love cold tea on hot days. Not only is it refreshing, but it's a healthy alternative to sweetened beverages.

Tea, from the Camellia sinensis plant, contains powerful antioxidants. One in particular, a catechin called epigallocatechin gallate-3 or EGCG, has been shown to fight cancer by inhibiting angiogenesis (the growth of new blood vessels to feed tumors) and inducing apoptosis (cancer cell death).

EGCG also reduces inflammation and activates enzymes in the liver that detoxify toxic compounds and facilitate their removal from the body.

Studies have shown that regular consumption of black tea is associated with preservation of bone mineral density and protection against cardiovascular disease and cognitive decline
in older adults. 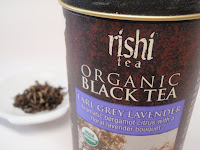 This Rishi Earl Grey Lavender Tea was a gift from my good friend Andrea. It's a blend of black Earl Grey tea, lavender flowers, and essential oils of bergamot and lavender.

But it's easy to make your own lavender-black tea blend. I used black Darjeeling tea because I recently brought some back from India, but you can use any whole leaf black tea you like.

Find dried lavender flowers in stores that sell dried herbs and teas. (In New York City, find them at Flower Power in the East Village or at Kalustyan's.)

Stir all of the ingredients together until thoroughly combined.

Steep 3 heaping tablespoons of tea in 1 cup of boiling water (or as much water as you need to fully submerge the tea). Cover and allow it to sit for at least five minutes.

Add 2 cups of cold water to a glass pitcher. Strain the tea into the pitcher. Taste it to evaluate how strong it is, then add more water as needed. Consider that the tea should be on the strong side because it will be diluted when served over ice. Chill thoroughly.

Serve the chilled tea over ice, with or without a slice of lemon. 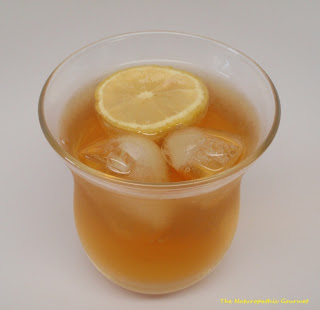 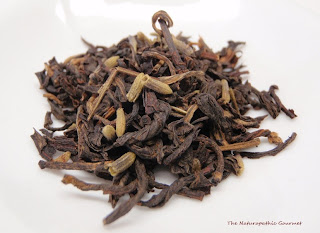 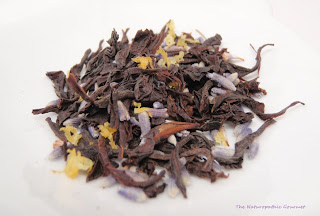