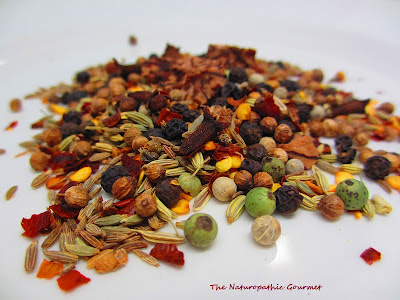 Most kitchens in India have their own special spice blend called Garam Masala. It's a warm and sometimes hot mixture of up to a dozen different spices. Each cook can vary the individual ingredients and/or the amounts of spices to make her/his own signature recipe.

My version contains turmeric, which isn't traditional, but it's a healthy addition. Because it has powerful anti-oxidant, anti-inflammatory, and anti-cancer actions in the body, I cook with turmeric whenever I can.

There are eight other spices in this recipe. If you are missing one or two, don't let that stop you. The other flavors will make up for what's missing and your blend will be unique. If some of your ingredients are already ground, feel free to use what you have. Note that this spice blend doesn't contain salt, which can be added during cooking.

(In New York City, my favorite spice shop is Kalustyan's on Lexington Avenue between 28th and 29th Streets. While you're there, don't miss the urfa biber or freshly dried curry leaves.)

I like to make small batches at a time so the flavors are always freshest. This recipe makes just under a quarter cup, about three and a half tablespoons. If you require a more, increase the amounts in this recipe as needed.

Add all of the ingredients to an electric grinder and grind until smooth.

Alternatively, you can use a mortar and pestle to grind the spices. 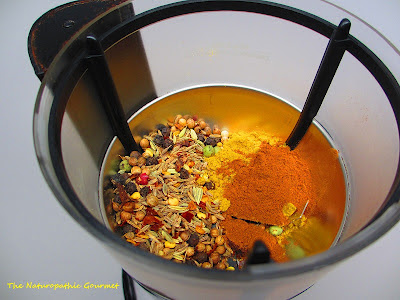 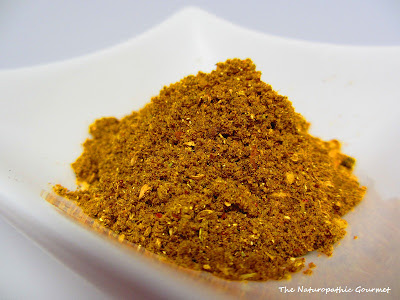